Have a Question? Ask Kendra!

I'm here to help! Fill out the form below and I'll be in touch to help with your new home search. 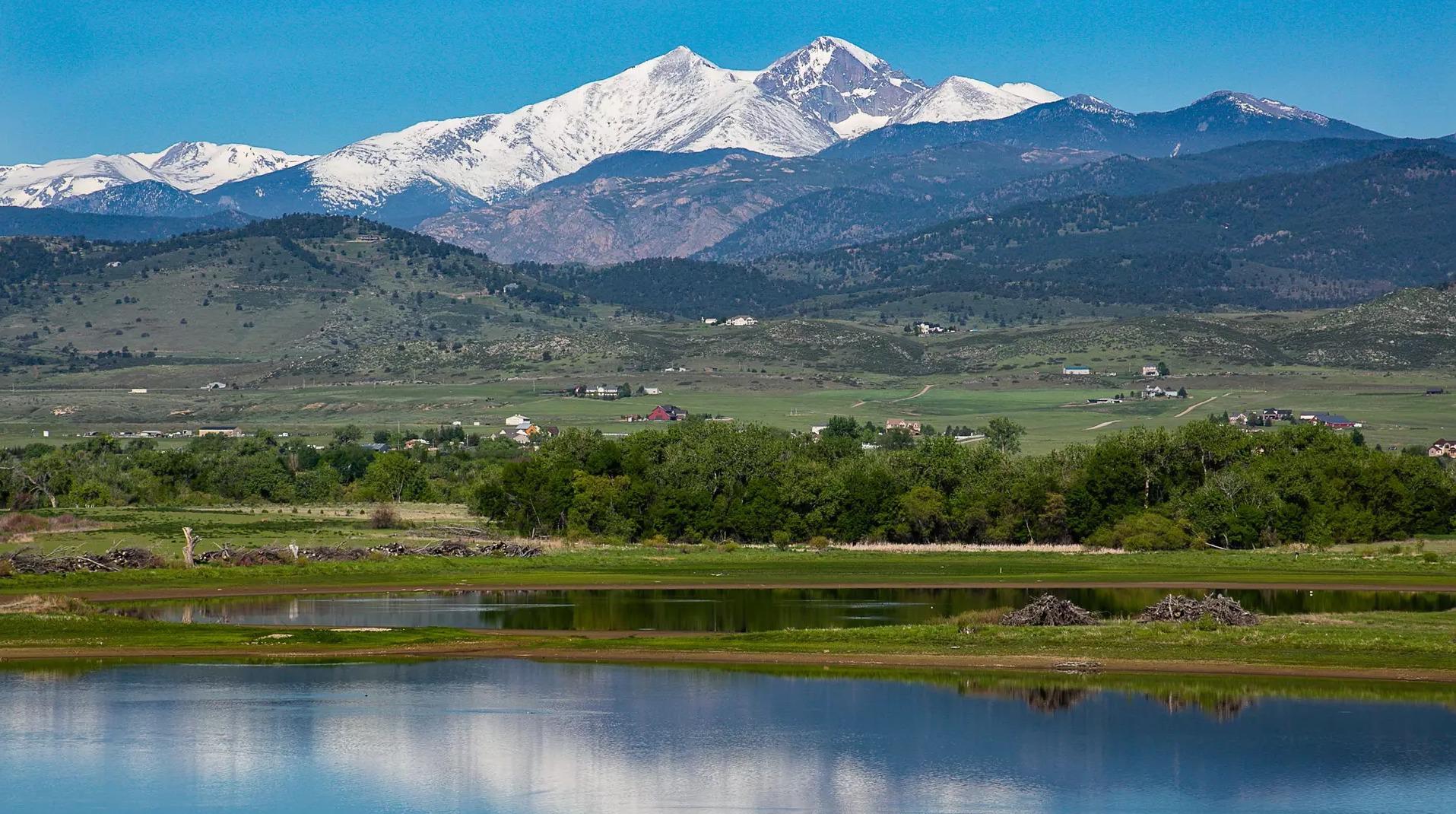 Rock the Block Comes to the Rockies

We are excited to announce that Landmark Homes and the community of Heron Lakes have been selected for season four of HGTV's Rock the Block show. The stunning homes will be designed by a star-studded cast and will premier in Spring 2023. We can't wait. Check back here often for updates and details about the homes and the show.

Top HGTV designers have just weeks and a limited budget to renovate four blank-slate homes on the same block with their signature styles. The designers who net the highest appraisal get bragging rights and a street named in their honor. The show has been seen by more than 50 million viewers around the world. Well-known HGTV designers and stars will be competing and the show's favorite host, Ty Pennington, will be back!
Learn More 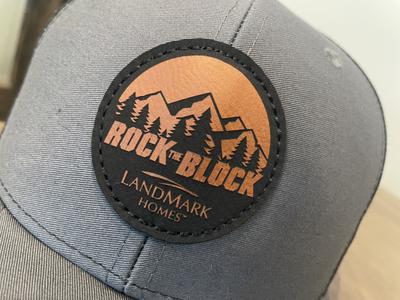 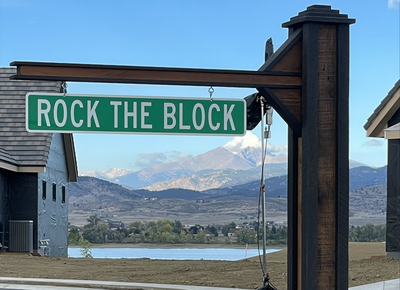 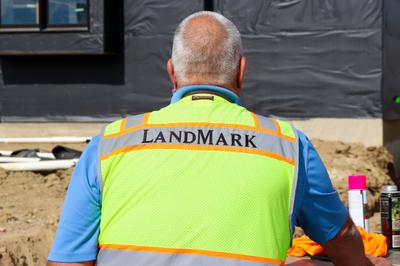 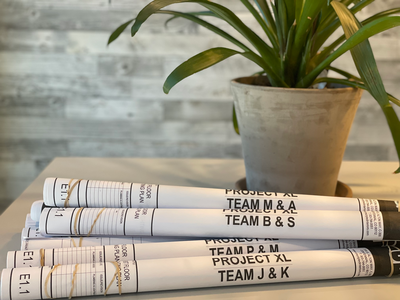 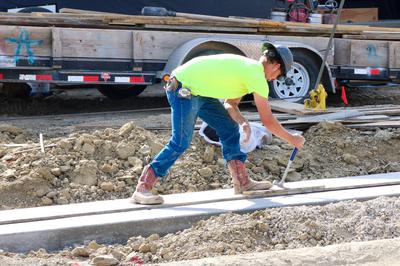 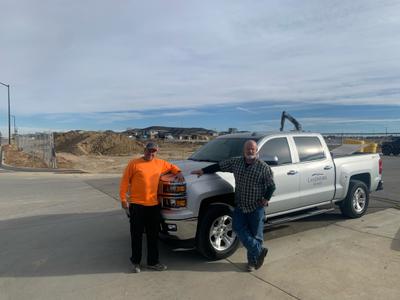 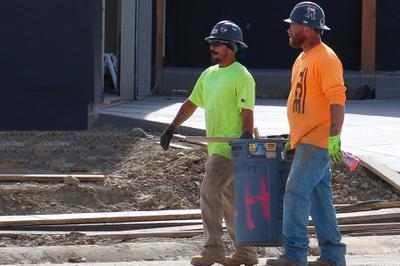 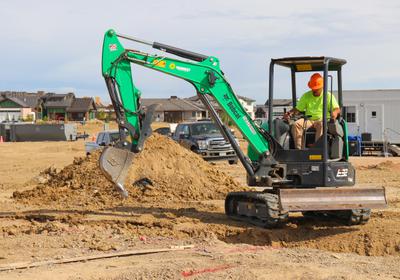 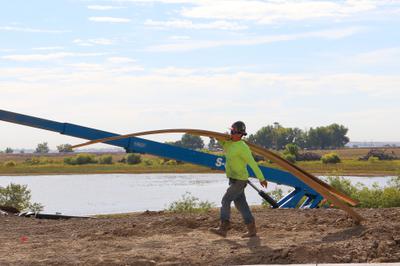 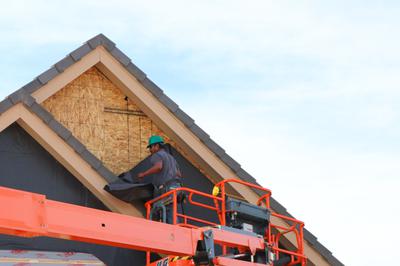 Landmark Homes builds communities by being a part of the community.

We are a local business, and work with local vendors and contractors to bring you a quality product. We have an eye for detail and are paving the way for technology smart, energy efficient homes. We believe in building long-lasting relationships with our clients and partners. When you purchase a home from Landmark Homes, you become part of our family. Thank you for your interest in Landmark Homes. We look forward to working with you.

Follow the Rock the Block Project on Our Blog

We will be sharing stories and highlights throughout the project ... 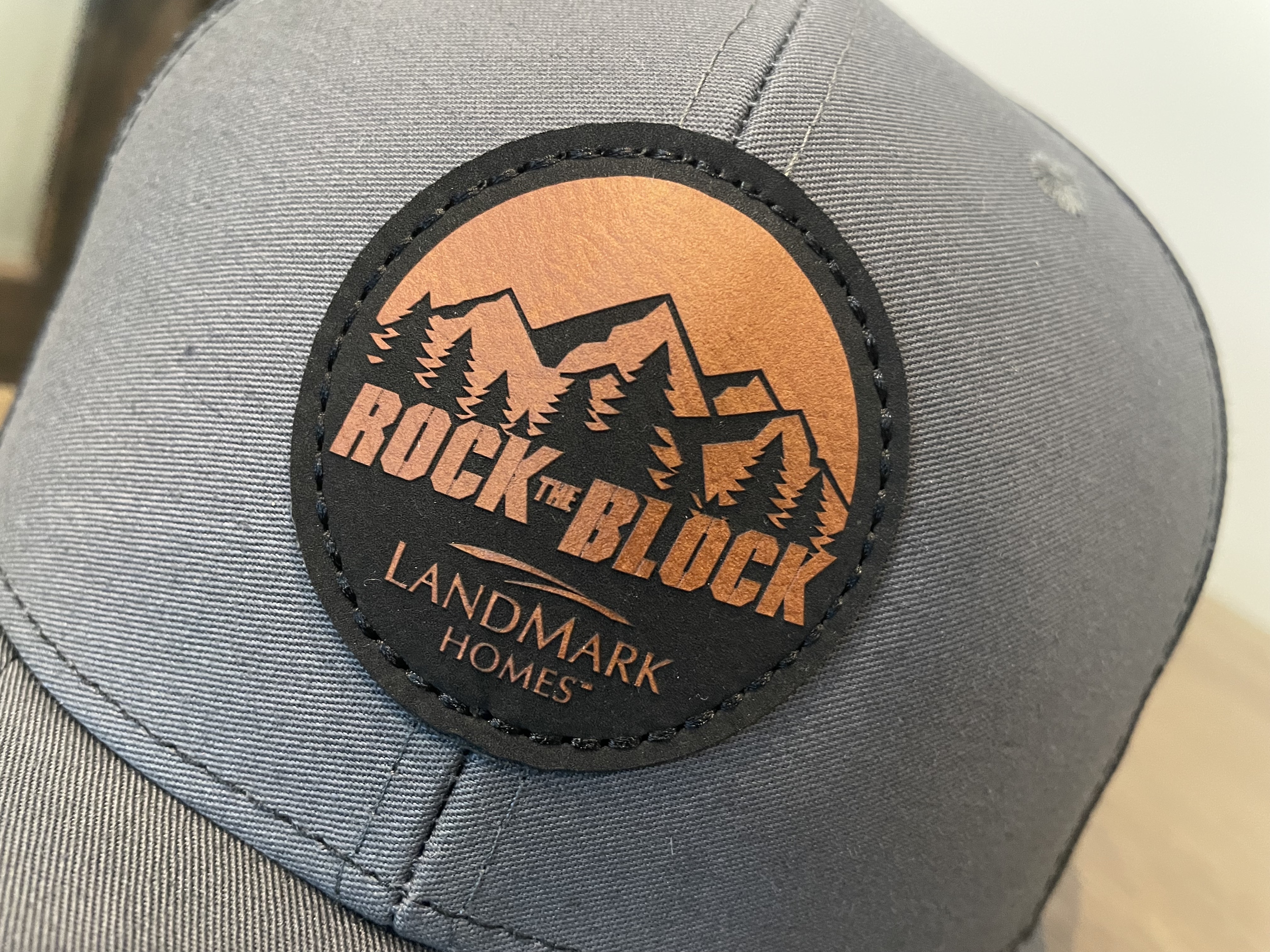 What is Rock the Block?

HGTV’s Rock The Block is the network's #1 show and has been seen by more than 50 million viewers around the world.But how does it work? Top HGTV designers have just weeks and a limited budget to renovate four blank-slate homes on the same block with their signature styles. The designers who net the highest appraisal get bragging rights and a street named in their honor. Where were the past shows and who won? Located in Santa Clarita, CA, Season 1 featured 4 female designers – Leanne Ford (Home Again with the Fords), Mina Starsiak Hawk (Good Bones), Alison Victoria (Windy City Rehab), and winner Jasmine Roth (Help! I Wrecked My House).Season 2 was located in Paulding County, GA – Featuring 4 teams of 2 designers – Mike Holmes (Holmes on Homes) and Alison Victoria (Windy City Rehab), Nate Berkus and Jeremiah Brent (The Nate and Jeremiah Home Project), David Bromstad (My Lottery Dream Home) and Tiffany Brooks (50k Three Ways), and winners Brian and Mika Kleinschmidt (100 Day Dream Home).Located in the master plan community of Nexton (Summerville, SC), Hunter Quinn Homes was the builder of choice for season 3 which featured 4 teams of 2 designers -  Leslie Davis and Lyndsay Lamb (Unsellable Houses), Dave and Jenny Marrs (Fixer to Fabulous) and Keith Bynum and Evan Thomas (Bargain Block), and winners Egypt Sherrod and Mike Jackson (Married to Real Estate). 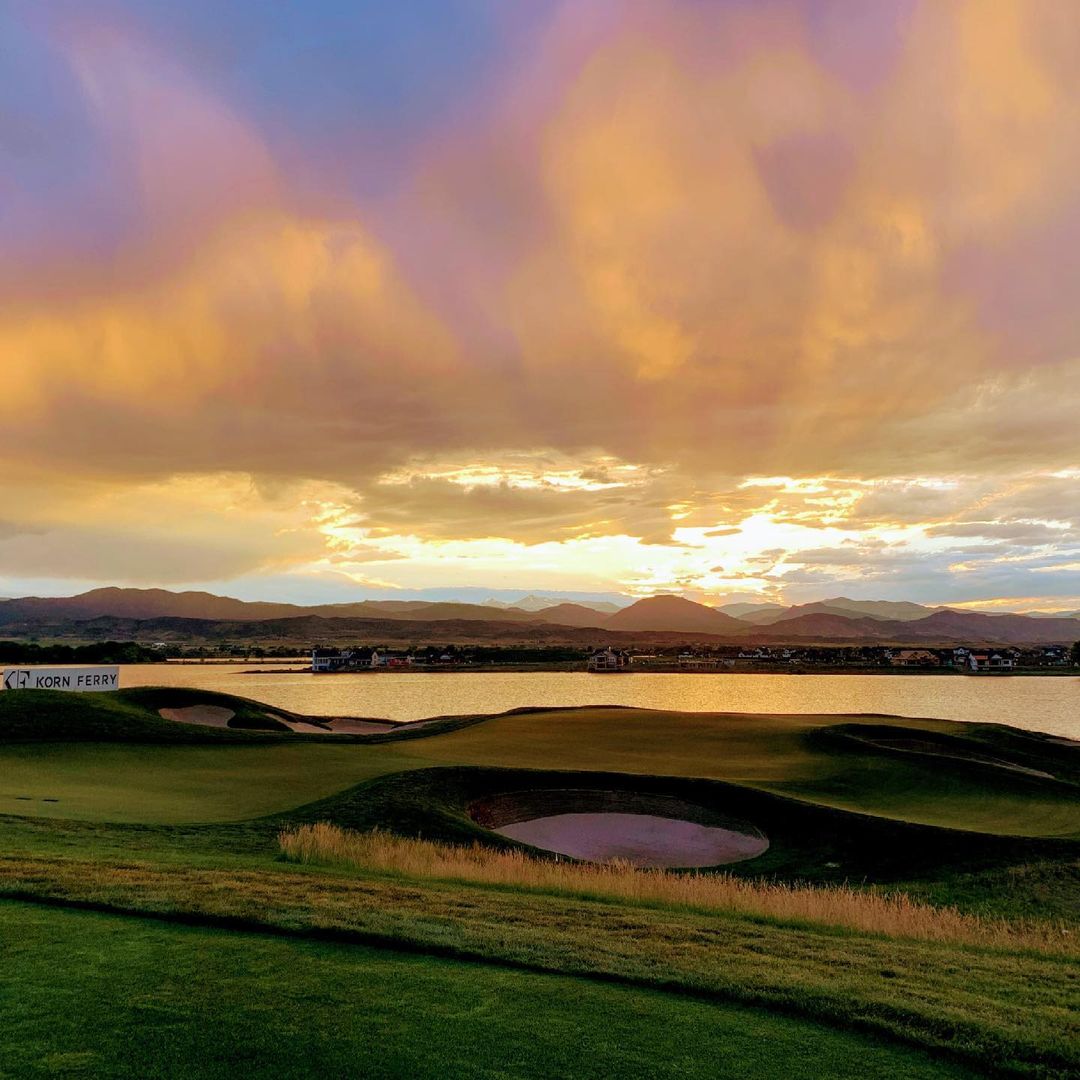 Rock the Block Comes to the Rockies

Rock the Block Comes to the Rockies We are excited to announce that Landmark Homes and the community of Heron Lakes have been selected as the season four, builder and community of choice for HGTV’s Rock the Block. We’re thrilled to welcome designers and HGTV stars Bryan and Sarah Baeumler (Renovation Island | Island of Bryan), Page Turner and Mitch Glew (Fix My Flip), Jonathan Knight (New Kids on the Block) and Kristina Crestin (Farmhouse Fixer), Michel Smith Boyd and Anthony Elle (Luxe for Less), and carpenter, craftsman, design expert, and host Ty Pennington to Colorado. While we can’t share too many details yet (the show premieres in Spring 2023), we did create a place where all the cool details and some of the behind-the-scenes fun will be shared. When the time is right (after the episodes air) we will share the details about the specific homes. Stay up to date by following us at the below: Follow us on Facebook Follow us on Instagram Bookmark our Rock The Block Colorado Website Follow Hashtags - #RTBColorado #RockTheBlockColorado #LandmarkRocks 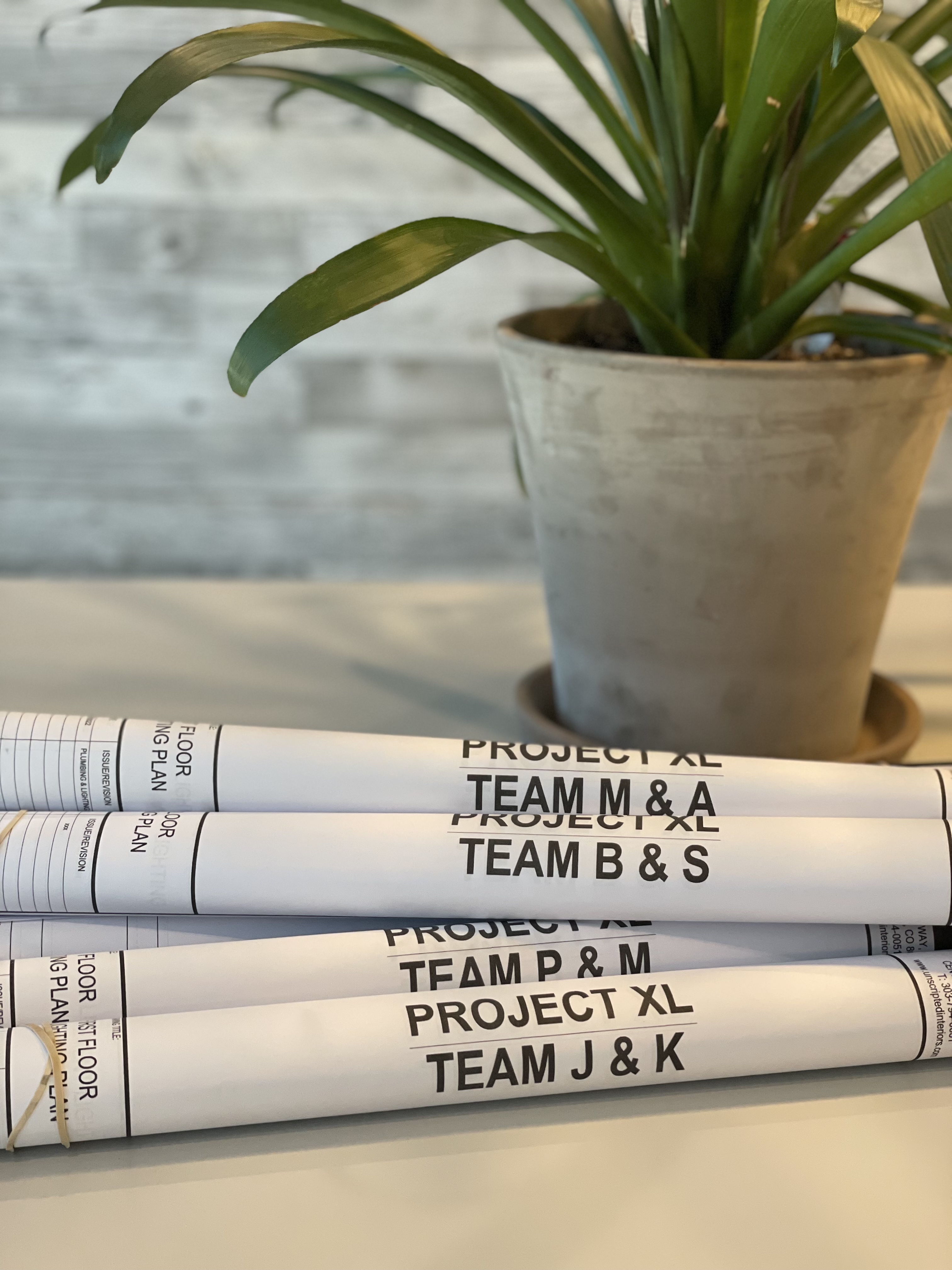 Who is Rocking the Rockies in Season Four of Rock the Block?

Season four of Rock the Block features designers and HGTV stars from various shows competing to get their names on the street sign. When talking to Page Turner during the planning stages for this season, she mentioned that Rock the Block is a “rite of passage” for top HGTV designers.   Host – Ty Pennington Expert craftsman and designer, Ty Pennington is hosting season 4 of Rock the Block. This Emmy Award-winning carpenter has been a part of some popular HGTV series such as Battle On the Beach and Ty Breaker as well as Extreme Makeover: Home Edition  Team B&S - Bryan and Sarah Baeumler The Baeumlers are a dynamic, talented duo hailing from Canada, that together packed up their family and moved to an island in the Bahamas to fully restore and renovate a rundown resort on Renovation Island. The luxury resort Caerula Mar Club is now hosting guests. Bryan and Sarah also star in the HGTV series Renovation, Inc. Additionally, Sarah is the founder of a lifestyle brand, inspiring women with elevated design and intentional living. While Bryan is an award-winning host who has been educating viewers across Canada as a licensed contractor and home renovation expert. Some of Bryan’s other shows include Disaster DIY, Bryan Inc., Island of Bryan, and Leave it to Bryan. Team P&M - Page Turner and Mitch Glew Page Turner is a real estate broker with a passion to help flippers who are in over their heads and stuck in their flip in Southern California. Page made her HGTV debut on Flip or Flop Nashville and appeared as a judge during a past season of Rock the Block. Page partners with Mitch on the HGTV show Fix My Flip. Page is a certified personal trainer and co-owner of The JoPa Life fitness brand. Mitch Glew an Australian-born general contractor who specializes in residential and commercial renovations and custom buildings in Southern California. Mitch has a deep respect for craftsmanship and knowledge of construction that equips Mitch to help homeowners who are losing money and stick in their flips on Fix My Flip. Team J&K - Jonathan Knight and Kristina Crestin Jonathan (Jon) Knight is no stranger to rocking as a member of the Grammy Award-nominated band New Kids on the Block. When he isn’t touring with his bandmates, he is tackling the new challenge of restoring centuries-old New England farmhouses on Farmhouse Fixer. Jon comes from a long line of renovators; his grandfather, father, and uncle all worked in home renovation and often brought Jon along. These adventures are where Jon fell in love with old houses and home renovation. Jon’s Instagram is the perfect blend of boy band life mixed with farm animals. Kristina Crestin is Jon’s co-host on Farmhouse Fixer and brings contagious, upbeat energy to all her projects. Her award-winning style includes recognition as HGTV Designer of the Year. Partnering with Jon, Kristin loves to bring nostalgia and charm to their New England farmhouse renovations. Team M&A - Michel Smith Boyd and Anthony Elle Michel Smith Boyd evolved from a one-man operation into a boutique firm specializing in luxury residential and commercial projects nationwide. Michel’s firm has been featured on the pages of Atlanta Home & Lifestyle, LA Weekly, Traditional Home, House Beautiful, Elle Décor, Architectural Digest, and Vogue. With his understanding of luxury design, Michel’s HGTV Show Luxe For Less (coming soon) shows viewers how to achieve luxe without breaking the bank. Anthony Elle is renowned for the personality, humor, and couture he brings to life as a DIY expert. As a maker, Anthony is passionate about textiles and making things Luxe for Less. You may recognize him from another type of show, Anthony was Project Runway All-Stars season 6 winner. 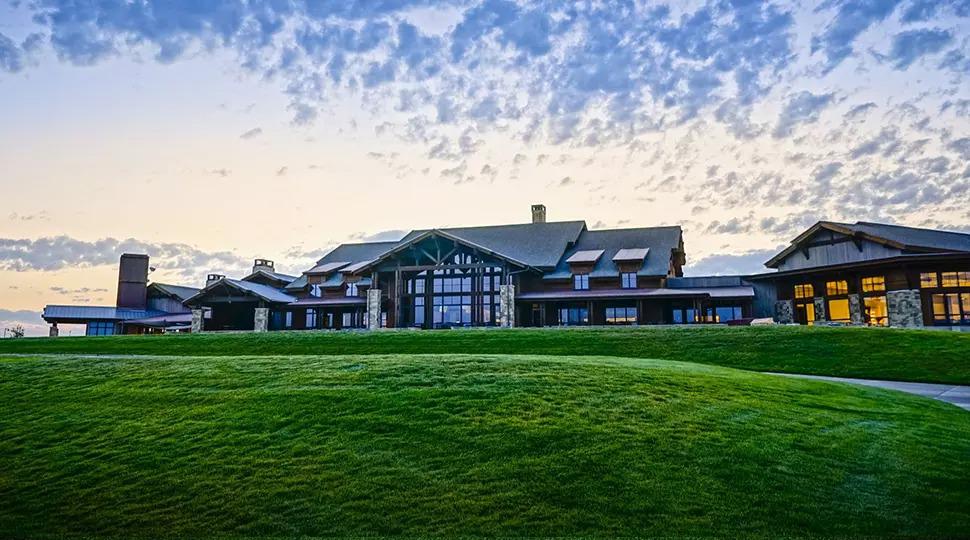 Find all the details about the show